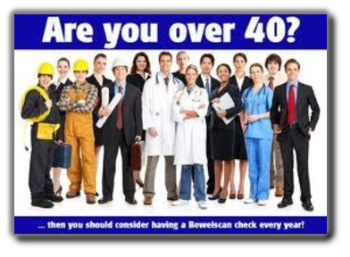 Bowelscan is conducted in the Month of MAY for the State of Victoria in 2014.

Rotary Clubs in Victoria are conducting a yearly Bowelscan in the Month of MAY.

Bowelscan is a public awareness program seeking to increase community knowledge of bowel cancer and its symptoms as well as the distribution of faecal occult blood testing kits to facilitate early diagnosis.

The aims of the Bowelscan program are to:

Bowelscan is a not-for-profit initiative. The successful operation of Bowelscan, and its accessibility to a wide range of people, is made possible by the voluntary support of a large number of pharmacies, pathology laboratories and Rotary members. We thank all involved for their contribution.
The Rotary Club of Boronia provides the service to six pharmacies in our area:

Pick up your Bowelscan kit from any of the above Pharmacies for a cost of $10, but remember it is only for the month of MAY.

From Ian Coleman our local Rotary contact:
I have just received medical statistics which is included in the Annual Report, showing 3 people had procedures to remove bowel cancer, and 2 people to remove polyps. Therefore 13 men and 15 women in Melbourne’s eastern suburbs have had life-saving procedures during the past 5 years, following early detection by using a Bowelscan test kit.